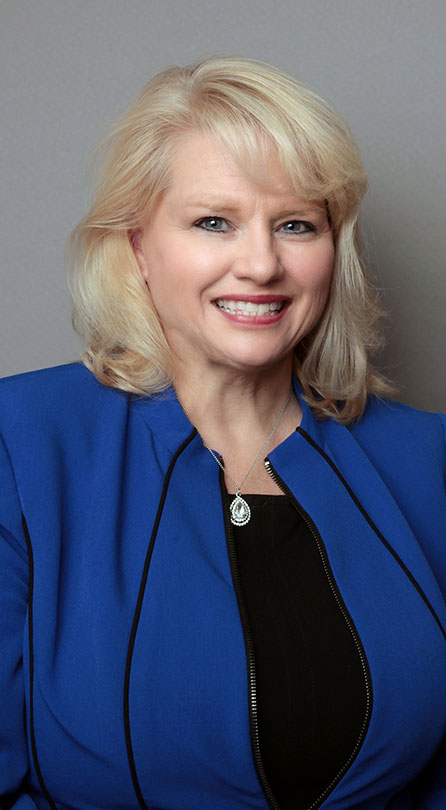 BRENDA S. FULMER is a partner and shareholder with the law firm of Searcy Denney Scarola Barnhart & Shipley, one of the largest personal injury law firms in Florida. She also serves on the firm’s Executive Committee and leads the firm’s dedicated Mass Tort Unit which focuses on complex litigation for defective drugs, medical devices, and consumer products.

For several years, she has been named one of the Top 100 Trial Lawyers by the National Trial Lawyers Association, selected as a Super Lawyer from Florida, listed as one of Florida Trend’s Florida Legal Elite, and included in The Best Lawyers in America. She has received an “AV Preeminent” rating from Martindale-Hubbell. She has also been named a Fellow to the Litigation Counsel of America and recognized on several occasions as one of the 500 Leading Plaintiff Consumer Lawyers by Lawdragon.

Ms. Fulmer is a frequent lecturer on mass tort marketing, law office management, drug and medical device litigation, and consumer drug safety issues. She has received the Bronze Eagle, “Shoe Leather,” and Cornerstone awards from the Florida Justice Association for her efforts in membership recruitment, political fundraising, and lobbying. She has also received the President’s Distinguished Service and Above and Beyond Awards on several occasions from the American Justice Association for her membership recruitment and fundraising work for that national trial lawyers’ organization. In 2016, she was honored with the Marie Lambert Award given in recognition of exemplary leadership to the profession, to her community, to AAJ, and to AAJ’s Women Trial Lawyers Caucus. She is also proud to be a graduate of AAJ’s first Leadership Academy program and continues to support the diversity and leadership development program through her family foundation.

She is a published author, having has co-authored a chapter on mass torts litigation for Anatomy of a Personal Injury Lawsuit, published by Trial Guides and several articles for AAJ’s Trial magazine. She also served as a Team Leader involved in the drafting and publication of Guidelines and Best Practices for Large and Mass-Tort MDLs with the Bolch Judicial Institute at Duke Law School. She has also been awarded J.D. Supra’s Reader’s Choice awards on several occasions for her online legal publications.

An Indiana native, Ms. Fulmer has been an active volunteer with a number of charitable organizations: Take Stock in Children; Coastal Boxer Rescue; Feed the Hungry; Special Olympics of Palm Beach County; Seagull Industries; Supporters of the Pre-Law Magnet, Inc. at Palm Beach Lakes High School; Buddy Break (providing respite care for autistic and physically-challenged children); Special Olympics; Girl Scouts; and Trial Lawyers Care (providing free legal services to the victims of 9/11 and those impacted by disasters). She has also volunteered as a foster parent (for children and dogs) and as an exchange student host parent for several years.