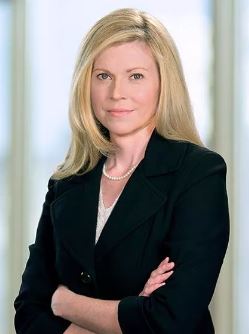 Carla Burke Pickrel is a shareholder with Baron & Budd. After several years in Baron & Budd’s appellate section, Ms. Pickrel joined the Environmental Litigation Group in 2004. As one of the pioneers of the Group, she has worked to develop legal strategy for cases arising from methyl tertiary-butyl ether (MTBE), atrazine, perchloroethylene (PCE), polychlorinated biphenyl (PCB), and per- and polyfluoroalkyl substance (PFAS) contamination of drinking water supplies. In her time with the Group, she has represented hundreds of public entities — villages, towns, cities, utilities, school districts, and states.

Ms. Pickrel is particularly excited to litigate cases involving firefighting foams that release toxic perfluorooctanoic acid (PFOA) and perfluorooctanesulfonic acid (PFOS) whenever used. Recent testing has detected these chemicals in drinking water supplies nationwide. “The manufacturers of these foams knew about the potential for contamination yet sold the products for use at military and civilian airports all across America without warning users of the potential harm caused to communities”, she says. Baron & Budd represents water providers dealing with the contamination now. These and all similar cases pending in federal courts across the United States were recently consolidated in multidistrict litigation (MDL) 2873 before Judge Richard Gergel in Charleston, South Carolina.

Ms. Pickrel also represents cities and states along both the Atlantic and Pacific coasts including Baltimore, San Diego, Long Beach, San Jose, Oakland, Berkeley, Chula Vista, Portland, Port of Portland, Spokane, Seattle and the State of Washington in actions against Monsanto Company for polluting America’s waterways with PCBs. She has been appointed a Special Assistant Attorney General for the State of Washington in the case.

Ms. Pickrel’s current work rests on her long experience with nationwide environmental litigation. For more than 15 years, she has been a leader in nationwide litigation arising from MTBE contamination on behalf of more than 200 water providers in more than 20 states. She also played a major role in a nationwide class action settlement for providers whose water supplies are contaminated with atrazine, an agricultural chemical.

Putting her experience to work in new areas is an energizing part of Ms. Pickrel’s work, and she is motivated by the prospect of restoring natural resources for future generations. “In some areas, people are advised not to swim in contaminated water or eat fish from certain areas. We are working to restore those resources so that they can be used again.” And she is driven by the results she sees at Baron & Budd. “The work we do helps entire communities. Baron & Budd makes people’s everyday lives better,” she says.

Her work has earned her recognition by professional organizations. Ms. Pickrel was named to the National Trial Lawyers’ Top 100 Civil Plaintiff Trial Lawyers, 2016-2019, selected as a Super Lawyers “Rising Star of Texas Law” (Thomson Reuters, 2006) and, with her colleagues, was twice-nominated for Public Justice’s Trial Lawyer of the Year Award — in 2009 and in 2013.

While in law school at Southern Methodist University, Ms. Pickrel was on a team that successfully represented a disabled man whose lack of medical treatment while in the custody of the Dallas county jail amounted to cruel and unusual punishment. After graduation, she returned to SMU as an adjunct clinical instructor of law to brief and argue the appeal of Lawson v. Dallas County, 112 F.3d 257 (5th Cir. 2002) before the United States Court of Appeals for the 5th Circuit.

Speaker, “How to Deal with Other Contaminants in Drinking Water,” Harris Martin Water Contamination Litigation Conference, 2018

Panelist, “Setting the Bar for ‘Injury’ in Environmental Exposure Cases: How Low Can It Go?” Environmental Law Institute Seminar, 2012

United States District Court for the Southern District of Illinois

College of the State Bar of Texas