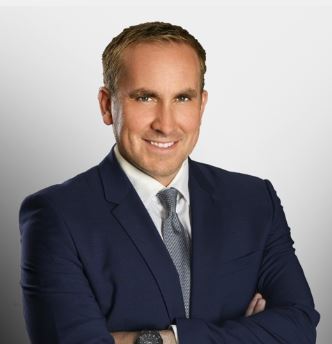 David Shoop is a nationally recognized lawyer and founder of Shoop | A Professional Law Corporation – one of California’s most successful plaintiffs’ firms. In his years of litigating matters involving defective products and medical devices, Mr. Shoop has amassed well over $250 million in verdicts and settlements in these cases alone. Moreover, he has numerous multi-million dollar results to his credit, including a $30 million verdict in a complex product liability case in Los Angeles County (Case No. BC 594187), a $14 million settlement involving implantable Class III medical devices and $34 million in recent product liability settlements.

Mr. Shoop is a trial lawyer who understands how insurance companies and manufacturers defend and evaluate their claims, having previously tried and litigated numerous multi-million dollar cases on behalf of some of the world's largest corporations and their insurers. He now exclusively represents victims in personal injury cases, with an emphasis on catastrophic injuries caused by defective products and medical devices.

Mr. Shoop proudly puts his experience and reputation to work for you—coupled with an unwavering will to win.

Attorney David Shoop has significant experience in these representative matters:

Clients come to Shoop | A Professional Law Corporation for Mr. Shoop’s significant experience in product design, testing, evaluation, development, biomechanics, and physiology, as well as accident reconstruction and analysis. Mr. Shoop has litigated numerous fire and casualty cases and has years of experience in fire cause and origin analysis and NFPA 921 standards application. In recent burn injury cases, Mr. Shoop obtained a settlement of $3.5 million in Merced, California and a $1.1 million dollar judgment against Wal-Mart, Worthington Cylinder Corporation and the Coleman Company in federal court in San Francisco.

In addition to his impressive product liability and medical device case record, Mr. Shoop has also obtained a $5,036,489 jury verdict in Riverside, California against Peerless Insurance, a Liberty Mutual Company, for insurance bad faith. The verdict included an award of $3,500,000 in punitive damages against Peerless Insurance for claims-handling practices found by the jury to be in conscious disregard of the rights of its insured.

Representation You Can Count On

David Shoop has coordinated complex litigation across the country, working with clients in:

Mr. Shoop received his law degree from the Case Western Reserve University School of Law in Cleveland, Ohio. Additionally, Mr. Shoop is a proud veteran of the United States Army, serving on active duty in in both Karlsruhe and Hanau, Germany. Prior to founding Shoop | A Professional Law Corporation, Mr. Shoop was a partner in the oldest, active law firm in Beverly Hills, California.