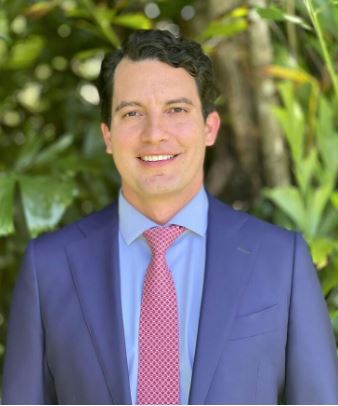 For over a decade, trial attorney Frank R. Maderal has successfully handled important and complex cases for his clients.

Frank handles all forms of litigation, including multi-district litigation, product liability, pharmaceutical, aviation, wrongful death and personal injury, financial frauds, and constitutional and civil rights claims, and has recovered millions of dollars for his clients.

Frank plays a leading role in the firm’s products liability mass torts practice. Multiple Federal Courts have appointed Frank to important MDL leadership positions, including as Liaison Counsel in In re Zantac (Ranitidine) Products Liability Litigation, MDL No. 2924 and as a member of the Plaintiffs’ Steering Committee in In re Elmiron (Pentosan Polysulfate Sodium) Products Liability Litigation, MDL No. 2973.

Frank has substantial experience in positions of public trust, leading high-profile, complex litigations on behalf of both plaintiffs and the United States government and has obtained ground-breaking and record-setting results on behalf of his clients, including the largest known personal injury settlement against Miami-Dade County.

Frank dedicated six years to public service as an Assistant United States Attorney for the Southern District of Florida where he fought for justice as a federal prosecutor in cases pending from West Palm Beach to Key West. Frank was the lead Department of Justice attorney in multiple, successful multi-billion-dollar, complex white-collar prosecutions, by the age of 36.

Frank’s work as a litigator and trial attorney has been covered and featured in print and on television by the Wall Street Journal, CNBC, the Miami Herald, Bloomberg, PBS News Hour, Netflix’s “Dirty Money” series, and a book, in which he was described as a “brilliant” and “savvy” as a lawyer.

By the age of 40, Frank co-founded his own firm with his great friend and colleague from the U.S. Attorney’s Office, John R. Byrne, with one goal in mind: providing families, individuals, and organizations fighting for justice with the same caliber legal representation as big corporations and governments.

Frank has also represented voters, municipalities and public officials in civic and public interest lawsuits across the state in both State and Federal Court. In addition, Frank handles select criminal defense and complex commercial litigations.

Frank represents individuals against some of the largest corporations in the world, both in mass tort and individual product liability cases.

Frank has represented clients in commercial and private aviation negligence and product liability litigation including in the crash of a Boeing 737 Max over Indonesia, flown as Lion Air Flight 610, and the crash landing of a Boeing 737-800, in Jamaica, flown as American Airlines Flight 331.

FIGHTING FRAUD AND CORRUPTION AS AN ASSISTANT UNITED STATES ATTORNEY

Frank spent six years as an Assistant United States Attorney in the Southern District of Florida taking on high profile cases, including as lead prosecutor in some of the largest money laundering prosecutions in the history of Miami.

United States District Court for the Southern District of Florida

“Why Digital Education Could be a Double-Edged Sword,” PBS News Hour