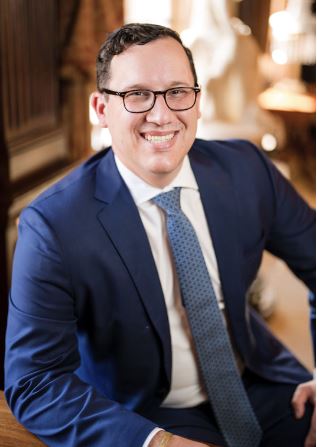 As a third-generation attorney with enthusiasm for representing victims in personal injury claims, Gedney M. Howe IV looks forward to carrying out his Father and Grandfather’s philosophy of “doing justice and healing the minds of his clients.”

Gedney was admitted to practice law in South Carolina in 2020. Since becoming a member of the Bar he has obtained significant recoveries in many complex cases through both verdicts and settlements in a variety of cases. Participating in intense litigation against defendants such as the Federal Bureau of Investigation, the Department of Justice, and Dominion Energy.

In his first year of practice Gedney has obtained $200 million dollars in verdicts and settlements for his clients. This includes his work representing the victims of the Emanuel Nine in their pursuit of justice against the Federal Bureau of Investigation and the Department of Justice.

Before joining the firm in 2020, Gedney clerked for Senator Richard A. Harpootlian, P.A. in Columbia, where he gained valuable experience in both civil and criminal defense. He previously worked as a law clerk for the insurance defense firm Hall Booth Smith, P.C.’s in their Charleston office. During his undergraduate studies, Gedney worked as a legal assistant at McGowan, Hood, & Felder, LLC, a civil litigation firm in Rock Hill, South Carolina.

Gedney earned a Juris Doctorate from the University of South Carolina School of Law in 2020 and a degree in Political Science from Winthrop University in 2017.