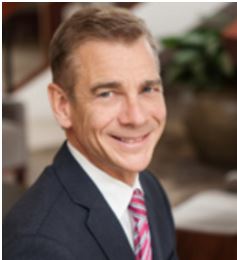 Jeffrey Alan Bowersox has been a trial lawyer since 1981. He is admitted to the Oregon State Bar, the United States District Court for the District of Oregon, and the Ninth Circuit Court of Appeals. Jeff is also routinely admitted to represent clients in other states and federal district courts around the country. Jeff and his law firm can maintain a nationwide practice under the rules of the court in any state. Jeff is a member of the American Association for Justice ("AAJ"), where he is the past Chair of the Section on Toxic, Environmental and Pharmaceutical Torts. Jeff strongly supports the AAJ mission to preserve the right of Trial by Jury for all Americans that are injured by corporate wrong-doing.

The courtroom is the only place left in American society where an individual can require a huge corporation to answer for its wrongful acts. Your constitutional right to a Jury Trial holds corporations accountable to the community and the injured person on a one-to-one basis. Corporations dominate the political election process and can almost control Congress and the White House through major cash contributions to candidates and politicians. In the courtroom, Jeff can fight for you and your fellow citizens individually. The jury will sit in judgment and hold the corporation or person directly accountable in your specific case, right now. This is an amazing power that our Founding Fathers guaranteed to the citizens of America to protect us from the corrupting influence of money and power held by major corporations. The Seventh Amendment to the U.S. Constitution - part of the citizens "Bill of Rights" - protects all Americans and guarantees that the right to Trial by Jury cannot be taken from us.

Jeff has been honored by his trial lawyer peers, judges and others who contribute to the selection process of national ranking organizations regarding lawyer ability and reputation. Jeff has been again selected to "Best Lawyers" for the year 2022. It was recently announced that U.S. News & World Report has again designated Bowersox Law Firm P.C. in its selection of "Best Law Firms" for 2022. Additionally, “Best Lawyers” named Jeff as "Trial Lawyer of the Year" in his categories for the year 2020. Jeff is also named to the "Top 100 Trial Lawyers" by The National Trial Lawyers Association.

Jeff has been elected by his peers in the Oregon legal to community to be a member of "Oregon Super Lawyers" in the areas of Mass Torts/Class Actions in recognition of his well-known expertise in representing multiple hundreds of Oregonians injured by defective medical devices (artificial hips, knees, transvaginal mesh and stress urinary incontinence devices, dialysis machines, pacemakers, defibrillator leads, inter-uterine devices ("IUDs") and other defective devices) and defective prescription drugs including pain relievers, blood thinners, birth control pills and many other drugs that seriously injured the people who were supposed to be healed or helped by the devices and drugs.

Jeff is an invited member of the Melvin M. Belli Society which promotes trial lawyer education and honors a champion of civil justice (attorney Melvin M. Belli). Jeff is also a member of and supporter of the Pound Civil Justice Institute which sponsors gatherings of judges from state and federal courts around the country. The meetings of the Pound Civil Justice Institute provide judges with an opportunity to share scholarly reports on important court-related matters and learn the viewpoints of judges from around the country on topics that are of immediate and long-term interest to judges in the promotion of justice for the people who appear in their courtrooms.

Jeff is an active member of the Academy of Truck Accident Attorneys and has personally driven 18-wheelers as part of his professional education for the representation of people injured or killed in truck collisions. Jeff is a member of the Attorney Information Exchange Group which allows attorneys with specialized knowledge in automotive (and other product) defect cases to help each other in the battle against corporate secrecy of product-defect information.

Jeff received his Bachelor of Arts degree in History from Albion College in Albion, Michigan, after attending Saint Clair County Community College and the University of Michigan. Jeff received his Doctor of Jurisprudence degree from the Willamette University College of Law in Salem, Oregon in 1981. He began his practice in Bend, Oregon that same year.

Since the beginning of his legal career, Jeff has exclusively represented plaintiffs in the areas of personal injury, products liability, brain and spine injury, premises liability, trucking collisions, construction site injuries and other types of severe personal injury or death. Since 1987, Jeff has also specialized in mass tort litigation on behalf of plaintiffs.

In a complex world, people can be severely injured or killed in the blink of an eye because the at-fault person failed to pay attention. During his forty years of legal practice, Jeff has successfully represented people that were seriously injured in accidents arising from a wide variety of causes, such as defective products of all kinds - including defective medical devices, defective prescription drugs, defective automobiles and machinery - whether the defect caused an injury at home, at work or elsewhere.

Jeff has successfully represented people (and the families of people killed) by drunk or careless drivers, trucking collisions, motorcycle accidents, boating accidents, and construction site accidents. The injured people Jeff has represented have sustained many different types of tragic injuries from the defective products and/or careless behavior of corporations and individuals. The injuries from collisions, accidents and defective products include paralysis, brain injury, fractured spines, arms and legs, eye injury and blindness and amputations. The injuries from defective medical devices and defective prescription drugs include heart attack, stroke, blood clots and pulmonary embolism, kidney, liver, lung and other major bodily organ destruction, as well as life threatening infections.