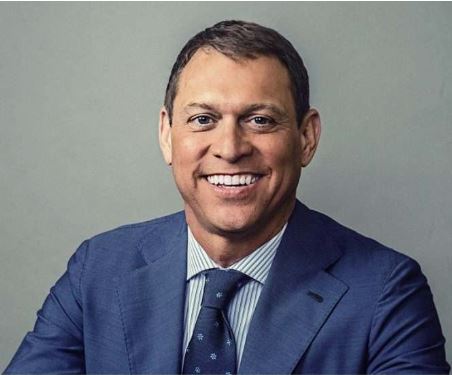 “I feel like my whole life has prepared me to take the case that can’t be won, for the family who can’t afford to lose.”

John Uustal is a founding partner of the Kelley | Uustal law firm in Fort Lauderdale. Uustal leads a team of fourteen elite trial lawyers, who have won some of the largest verdicts in the country. He limits his own practice to a small number of “cases that can’t be won for families that can’t afford to lose.” He has taken on some of the most complex and difficult legal cases of our time. His successes have resulted in safer fuel tanks, safer seatbelts, safer medical care, and safer equipment for firefighters. That success has earned him some powerful enemies. A car company promised to bankrupt him, he was attacked and maligned by Big Tobacco, and he was threatened in Argentina after antagonizing government officials who had been complicit in Argentina’s dirty war. He has won every case he has tried against tobacco companies. He has won every one of his cases involving keyless ignition defects. He has been named Product Liability Lawyer of the Year by America’s Best Lawyers, awarded the Most Effective Lawyer for Product Liability by the Daily Business Review, and has been interviewed and chronicled by national newspapers and television news programs.

The day after John Uustal started law school, Hurricane Andrew tore through the University of Miami, destroyed parts of the city, and shut down the school. Once the campus and surrounding areas reopened, his first-year class was forced to complete a full year of law school in much less time. For months they studied law at a ridiculous pace under tremendous pressure while living without electricity or phone service and at the same time struggling to help those still in need. At the end of that school year – with all its impossible demands and incredible responsibility - Mr. Uustal ranked first in the entire student body and had earned the Book Award for the highest grade in the class in every single class that year.

He turned his attention to trial skills and was prosecuting criminals in Miami courtrooms even before he graduated. He earned what was reportedly the highest score in the entire state on the Florida Bar Examination. In his first few years of practice he obtained a $51 million verdict trying a car crash case himself, helped make national news when he discovered a massive corporate scheme to cover-up the real reason that people were burning alive in General Motors vehicles, and tried cases across the country.

His most prominent recent cases have been against companies that knowingly sell dangerously defective products. He represented a young girl who was severely burned when a pressure cooker malfunctioned and won one of the largest recoveries ever in the entire country; and this was on a case that other lawyers rejected. He handled cases involving keyless ignition defects that killed people in their homes and won every case. He was so infuriated by the refusal of automobile companies to fix their vehicles in the ways their own engineers specified that he worked with the New York Times on a comprehensive story of the defect, which lead to hearings in the U.S. Senate. He has won every case he has tried against tobacco manufacturers, who have been selling dangerous products for decades. He has been named Product Liability Lawyer of the Year by America’s Best Lawyers, Awarded the Most Effective Lawyer for Product Liability by the Daily Business Review, and has been interviewed and chronicled by national newspapers and television news programs.

His work has also earned him some powerful enemies. A car company promised to bankrupt him, he was attacked and maligned by Big Tobacco, and he was threatened in Argentina after antagonizing government officials who had been complicit in Argentina’s dirty war. His firm is organized specifically so that it can withstand such intimidation. The words of Clarence Darrow, painted on the walls, create clarity in every decision that requires sacrifice: “I have lived my life, and I have fought my battles, against power. I have asked no odds from them, and I never will.”

Mr. Uustal limits his practice to representing families who have suffered catastrophic injuries or wrongful death, even when other attorneys say the case can’t be won. With truly devastating injuries, the difference between a good recovery and a great recovery may be all the difference in the world. To make that kind of difference he can only handle a few cases at a time. There is no other way.

Clients have called him “the real deal”; “an old-school fighter” who “cared about us as people first.”

Mr. Uustal grew up in Fort Lauderdale. His mother was a teacher, his father was a coach, and he saw the real impact they each had on so many young lives. He coaches competitive soccer for Fort Lauderdale Select, and he finds opportunities to coach in the law as well. He believes that it is important to freely give his time advising, assisting and teaching other attorneys who ask for help. He gives lectures across the country and teaches trial skills.

Board of Directors - Florida Justice Association

Case Analysis – Killing Your Own Case

John Uustal reveals the critical decisions that went into accepting and then building a case that settled for $27 million, while uncovering one of the most devious corporate cover-ups in history.