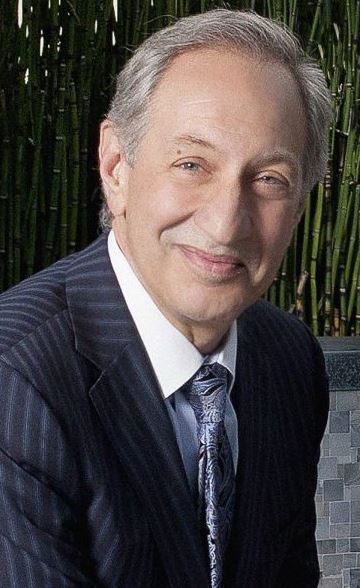 "People have this idea that I only play a lawyer on TV, but I'm in court every day. Most of the time there are no cameras. The only audience I need is the jury."

As the Principal with the internationally known trial lawyer firm of Geragos & Geragos, Mark Geragos cemented his national reputation as a trial lawyer a dozen years ago with back-to-back State and Federal Court jury trial acquittals for renowned Whitewater figure Susan McDougal, later securing a presidential pardon for Ms. McDougal for a conviction sustained prior to his representation of her.

During the last decade, Geragos has won two consecutive dismissals of murder charges against clients by proving flawed eyewitness identification. One of those clients later won a $1.7 million settlement when the Geragos firm sued the City of Glendale for their false arrest of that client. In another twelve-week murder trial where the victim was the defendant's four-year-old daughter, Geragos was the lead lawyer where the jury did not convict his client. He was the attorney who successfully represented Chris Brown last year.

Geragos won dismissal of prostitution charges against James Bond movie director Lee Tamahori; dismissal of all felony charges - including kidnapping and torture - for Hung Bao Zhong, the recognized exiled leader of China's shadow government with an estimated 38 million followers worldwide; dismissal of murder charges for the third time for a USC co-ed charged with murder in the death of her fetus; and dismissal of a decades-old murder charge against Japanese national Kazuyoshi Miura, a case christened the "Japanese O.J. Case" by Japanese media.

Geragos was one of the lead lawyers in a pair of groundbreaking Federal Class Action Lawsuits against New York Life Insurance and AXA Corporation for insurance policies issued in the early 20th century during the genocide of over 1.5 million Armenians by the Ottoman Turk Regime, eventually settling these two cases for more than $37.5 million. He is currently suing the Government of Turkey for reparations arising out of the Armenian Genocide.

Geragos is the only lawyer besides Johnnie Cochran ever named "Lawyer of the Year" in both Criminal and Civil arenas. California Law Business Magazine named Geragos "One of the 100 Most Influential Attorneys in California" three years in a row, and Geragos has repeatedly been voted by his peers as one of Los Angeles' SuperLawyers. His $59 million jury verdict in a trade secrets case against pharmaceutical giant Pfizer Corporation was voted both "Top Ten Verdicts in 2008 in California" by the Daily Journal, as well as "Top Fifty Verdicts in the United States" by the National Law Journal.

Geragos has regularly appeared as both guest and legal commentator on the "Today Show," "Good Morning America," "Dateline NBC," "Larry King Live," "Greta Van Susteren's On the Record," "60 minutes," and "48 hours," and has lectured extensively and authored numerous articles and Law Review publications on the subject of Media and the Law.

Mark Geragos attended Haverford College in Pennsylvania as an undergraduate, and later earned his Juris Doctorate from Loyola Law School. He was born in Los Angeles.