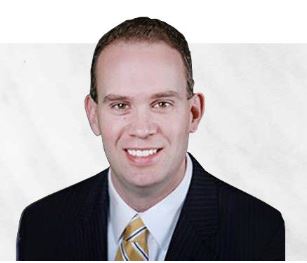 The Legal Intelligencer named Mr. Schelkopf in its 2020 Pennsylvania Trailblazers list recognizing 31 lawyers who “have taken extra measures to contribute to positive outcomes . . . and who are truly agents of change.” The Legal highlights Matthew’s work on behalf of clients who have been victimized by corporations. Since 2010, Mr. Schelkopf has been selected by Pennsylvania Super Lawyers as a Rising Star (a distinction held by the top 2.5% of attorneys in PA) and then a Pennsylvania Super Lawyer, as chosen by their peers and through the independent research of Law & Politics. In 2012, The American Lawyer Media, publisher of The Legal Intelligencer and the Pennsylvania Law Weekly, named Mr. Schelkopf as one of the “Lawyers on the Fast Track” a distinction that recognized thirty-five Pennsylvania attorneys under the age of 40 who show outstanding promise in the legal profession and make a significant commitment to their community. Mr. Schelkopf was also selected as a Top 40 under 40 by the National Trial Lawyers in 2012-2015. In 2020, Mr. Schelkopf was selected to America’s Top 100 High Stakes Litigators® in Pennsylvania, comprised of the nation’s most exceptional trial lawyers for high stakes legal matters.

Mr. Schelkopf began his legal profession as a criminal prosecutor with the District Attorney’s Office of York County. He quickly progressed to Senior Deputy Prosecutor where he headed a trial team responsible for approximately 300 felony and misdemeanor cases each quarterly trial term.

In 2004, Mr. Schelkopf then associated with a suburban Philadelphia area law firm, litigating civil matters throughout Pennsylvania and New Jersey. In 2006, he was co-counsel in a Philadelphia County trial resulting in a $30,000,000.00 jury verdict in favor of his clients – the largest state verdict recorded for that year. Mr. Schelkopf currently serves as a lead and co-lead counsel in numerous class actions related to product and automotive defect cases pending throughout the country.

Outside of the office, Mr. Schelkopf enjoys spending time with his family, mountain and road biking, skiing and restoring classic automobiles. Three of his auto restorations have been featured in nationally circulated automotive publications.