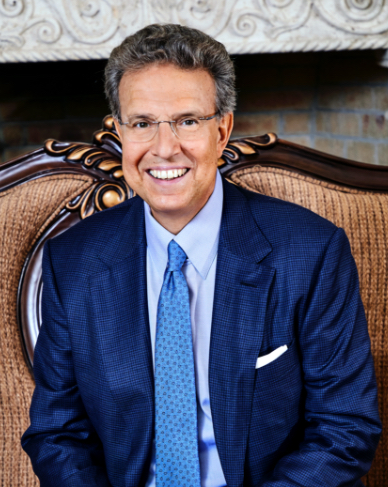 With a legal career spanning over three and a half decades, Michael O. Pansini is considered one of the most accomplished trial attorneys in Philadelphia. Known as a premier litigator and negotiator, he is the founder and managing partner of Pansini, Mezrow & Davis. Over his distinguished career, Michael has handled thousands of cases with an extensive list of seven- and eight-figure verdicts and settlements to his credit.

Michael founded his firm in 1986 on a few principles and core values that remain at the center of the firm to this day. Treat each client like family, represent each client passionately, spare no expense in each case and take every case to trial, unless a client is offered the maximum compensation, he feels they deserve. Michael owes his success to always putting his clients first.

“My clients and their families mean everything to me. They are the reason I continue to fight every day on their behalf!”

Michael has received many awards and been recognized for his achievements as a trial attorney. Among those awards is being named a Super Lawyer for seventeen straight years since 2005. He is also a National Trial Lawyers Top 100 Trial Lawyer. He has also been on the Board of Directors of the prestigious Philadelphia Trial Lawyers Association for over fifteen years.

While practicing law has been a calling for Michael and his accomplishments have been significant, he is proudest of his family. He and his wife of twenty-seven years, Elisa, have raised four multitalented daughters (Bridget, Laura, Maria, and Natalie) in Philadelphia and Villanova. Some of his greatest passions have been witnessing his daughters’ academic successes at some of the country’s top universities and watching his scholar-athlete daughters’ athletic achievements throughout high school and college.

Michael is also very active in his charitable work. He regularly donates substantial time and money to his favorite causes. He created the Pansini Pearls Scholarship at his alma mater, the Johns Hopkins University, which supports minority students who attend Hopkins and are from the Philadelphia area. He also endowed the Michael O. Pansini Office of the Dean at his alma mater, Villanova University School of Law.

Born in the Bronx and later growing up in Westchester County in a first-generation Italian American household, Michael is very proud of his Italian and New York roots. He is also proud of his father, Oronzo Pansini, who owned one of the premier stone setting companies in New York City for over fifty years having completed jobs such as the NYC Police Memorial at Battery Park, Lincoln Center for the Performing Arts, South Street Seaport, the Jewish Museum, the Metropolitan Museum of Art, the Frick Museum, the New York City Vietnam Veterans Memorial, amongst many others. Michael owes much of his work ethic and discipline to working on construction sites with his father’s company since he was fifteen years old through his summer before law school. He believes that all those years on construction sites are the reason he has successfully taken on so many construction site injury cases with a goal to make them safer for workers.

“It is invaluable to work with your hands. It makes you appreciate the toil that many of our clients go through daily.”

Since settling in the Philadelphia area in 1982, he considers himself a true Philadelphian and is an avid Eagles, Flyers, Sixers, and Phillies fan.