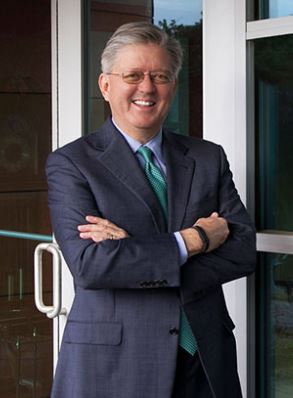 A second-generation attorney from a family of attorneys, Randolph James was born to practice law. However, his drive remained dormant until sparked to life by a five-week stint on a Delaware criminal jury. He could not help being swayed by the allure of the courtroom and the drama that unfolded. (Three prosecution witnesses in the narcotics case were gunned down during the trial.)

Attorney James' love of the courtroom has not wavered. He has tried hundreds of cases before juries involving claims ranging from personal injury, wrongful death, medical malpractice and product liability to professional malpractice and sexual harassment. In fact, he prepares every case as if it will go to trial.

Before his service on that fateful jury, Randolph James went to architect school. The math and physics aspects of his training provide a unique perspective when dealing with the technical aspects of the law. His experiences in business and working in the construction industry also afford him a significant understanding of construction defect claims and injuries to workers, as well as other types of injuries. Additionally, his skills as an amateur photographer permit him to thoroughly document his investigations.

Perhaps his most significant talent lies in aviation. As a pilot for more than 43 years, Randolph James has been able to reach clients across North Carolina and litigate cases in any courthouse in the state. He also has put his piloting abilities to charitable use, volunteering for regular Airlift Hope of America and Angel Flight transports of seriously ill patients.

His dynamic skills are widely recognized among his peers and in the judiciary. He was appointed to the first committee to study the feasibility of a State Bar Specialty Practice Area for civil trials. He also serves as a Superior Court mediator.

Attorney James is very selective in the cases he accepts. This ensures each client receives highly-focused representation from an attorney who firmly believes in the cases he litigates.

Update on Rico, North Carolina Association of Trial Lawyers, 1989 to 1989

Sanctions Under The Rules, North Carolina Bar Association, 1991 to 1991