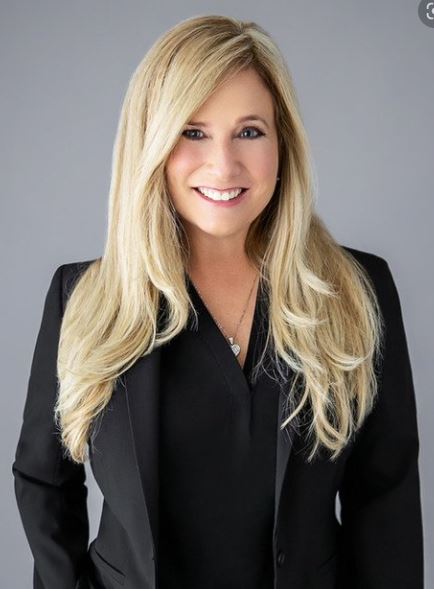 As Managing Partner of Owen Patterson & Owen, Susan Owen significantly impacts the firm’s success in the courtroom. She has extensive experience in a variety of areas in the personal injury field, including product liability, general negligence, wrongful termination, harassment and discrimination, and wrongful death. Throughout her nearly 25-year career of representing injured victims, she has been instrumental in obtaining substantial awards for the firm’s clients.

In addition to overseeing the direction of all of the cases handled by the firm, she manages the smooth flow of negotiations and litigation of the cases as she becomes intimately involved with the details of each case from inception to conclusion. While she has spent considerable time in the courtroom since she began practicing law in 1989, Susan’s expertise is in determining the superior legal arguments to utilize when faced with challenges. From the moment the firm is engaged by a new client, Susan supervises all aspects of case management and provides the trial team with the legal tools and documents necessary to settle the case or to win at trial.

Susan was instrumental in obtaining a multi-million dollar settlement for a couple who took a vacation in their motor home, which was struck by a Freightliner 18-wheeler on the Golden State Freeway. One of the clients was paralyzed when his spinal cord was severed, and his wife’s face was crushed from the impact. Susan Owen was able to convince the defendants to settle days after the lawsuit was filed, obtaining sufficient funds to provide sufficient medical care for these clients for the rest of their lives.

Susan’s commitment to the legal profession and her desire to provide a guiding light for innocent victims came very close to home when a young girl was severely injured by a pole in the parking lot of a grocery store. She is exactly the age of Susan’s son, Beau and, in fact, her birthday is just one day earlier. The pole, which was old and rusted, broke in the heavy winds of a Palmdale winter, striking this 10-year-old in the head. She endured several months of intensive medical treatment and, for Susan, every day she lives is a victory. Susan accompanied this family on their terrifying journey from near-death on several occasions to the day they could bring their child home. The family often looked to Greg and Susan for advice and guidance in facing each day’s challenges with their seriously injured daughter. This case confirmed Susan’s conviction that the goal of her practice is much more than financial success. Her desire is to make each client’s “world” a better place. Because of the settlement that was obtained in this case, this young woman continues to grow and thrive with around-the-clock nursing care, a special vehicle that can transport her easily, and a handicapped-accessible home. Each year, Susan and her team honor this client on her birthday, as every day for her is special.

With six children, Susan has a special affinity for cases involving children who have been injured. Even on those cases that other attorneys may decline representation because an injury is not severe enough or liability is not clear, Susan is willing to take on the challenge for these young victims. She successfully represented a special needs girl who came home from school one day but was unable to communicate the reason for her pelvic injury, a young boy whose eye was punctured as a result of an uncontrolled classroom environment, and a high school student who was beaten to death by Varsity football players after attending a party with his girlfriend.

She has also achieved significant settlements for bicyclists and motorcyclists who don’t “get out of the way” fast enough for the cars and trucks that refuse to share the public roads, resulting in life-altering injuries or death. This year, she was able to obtain a significant settlement for the family of an elderly man who was killed while cycling to maintain his good health as well as for a young man who was hit by a big rig while motorcycle riding with friends and lost his leg.

As a lover of dogs, she has great respect for animals and the companionship they provide, as well as for the danger they may present. Susan obtained a significant six figure settlement when she represented a woman whose ear was bitten off by a dog kept by its owners in the gift shop they ran. Susan’s client, while shopping, was attacked by this “pet,” only to discover that it was a stray dog with a history of violence that the shop owners adopted only weeks before. In another dog bite case, she was instrumental in obtaining a significant settlement for a 5-year-old girl who was attacked by a neighbor’s dog.

While Susan found her niche several years ago in the personal injury legal field, she has been litigating cases since she began practicing law. She began her legal career at the Century City firm of Gibbs, Giden, Locher & Fleming, where she worked directly with senior partners, Kenneth C. Gibbs and Joseph Giden. She became proficient in construction and commercial litigation and title insurance law and ultimately became responsible for over 300 commercial litigation files, which she handled from inception through conclusion by settlement or trial. It was at Gibbs, Giden, et al. that she developed the skills of persuasive writing and innovative case strategies. These strengths have become the ticket to success for her clients. Susan has recently been accepted as a member of the National Trial Lawyers: Top 100.

When Susan began the practice of law, the legal profession was still, in many ways, a man’s world. It was through hard work and refusing to accept that a woman could not reach the same levels of success as her male counterparts that led her to focus her efforts on cases where women or other minorities received disparate treatment in the workplace because of their gender or race. She has obtained significant recoveries for her female clients who were subjected to sexual harassment. She was able to obtain high six-figure settlements for two women who were sexually harassed and subjected to racial discrimination during their employment with a professional sports team, a dental assistant who was inappropriately touched by her dentist employer, and young women who were forced to show their breasts to their plastic surgeon employer to prove they were “good” employees, to name a few. She has also represented several female inmates who were sexually battered by the prison guards then intimidated into silence. Susan and her team were able to obtain a different form of justice for these women: monetary compensation as well as a safe haven while serving the remainder of their prison terms.

In addition to her devotion to her professional life and the firm, Susan and her husband, Greg, enjoy spending time with their six children. They are also very involved in local youth sports organizations, including William S. Hart Baseball and Softball League, where all of their children have played over the years.