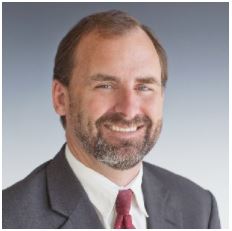 25 Years of Experience and Success

Ted’s drive to help the little guy was instilled by his parents and solidified by his college studies (U.C. Santa Barbara B.A. 1990). At Hastings College of the Law (J.D. 1994, top 6%), Ted developed his passion for persuasive legal writing and advocacy.

Ted then pursued compassionate representation and top-class advocacy, working with Bay Area plaintiffs’ attorneys to write their motions and briefs. He was quickly introduced to a top plaintiffs’ appellate attorney (Daniel U. Smith), who mentored Ted’s development as an appellate advocate. Seven invaluable years later, Ted opened his own office, representing the injured in the appellate and trial courts for over a decade.

This experience led Ted to be recruited in 2013 to lead the appellate and motion department at Kazan, McClain, Satterley & Greenwood (Oakland, CA). In seven-plus years at Kazan, Ted expanded and fine-tuned his expertise, defeating innumerable summary-judgment motions, handling legal arguments at trial, and winning numerous appeals – including several important, precedent-setting decisions in the California Supreme Court.

These successes culminated in Ted being nominated and chosen by his peers as both a Top Rated Attorney by Super Lawyers (2019-2020) and one of the Best Lawyers in America for Product Liability (2020-2021).

Now, Ted brings his expertise and experience back to his own office, working again with trial attorneys throughout California to represent those injured by corporate misconduct with first-class legal writing and oral advocacy.

Ted also shares his passion for writing and advocating through seminars for attorneys and his ongoing work at Berkeley Law School coaching competition teams and lecturing students on effective appellate advocacy.

When he is not crafting appellate briefs, Ted enjoys cooking, playing the piano, seeing live music, hiking and running, and spending time with his wife Mia and their daughters (Sophie 21 and Julia 18).

Ted has served as lead appellate counsel in dozens of cases, writing the briefs and arguing the case before the California appellate courts and Supreme Court.

The plaintiff Johnny Kesner, dying from cancer caused by asbestos his uncle brought home from work, had his case dismissed on the ground that the uncle’s employer, an asbestos-product manufacturer, owed no “duty of care” to protect innocent family members like Johnny. On appeal, Johnny’s counsel hired Ted to present oral argument, where Ted persuaded the court to reverse the dismissal, expressly disagreeing with another court’s ruling. In the California Supreme Court, Ted wrote the winning brief and delivered oral argument, leading to the Court’s unanimous decision that California toxic-tortfeasors have a duty to protect all potential victims, including off-premises family members.

In Burch, Ted handled the appeal affirming the judgment on a jury’s $10 million verdict against an asbestos-pipe manufacturer for causing Mr. Burch’s asbestos disease, including by fraudulent concealment of the product’s known hazards. Ted successfully argued that the intentional-fraud finding rendered the manufacturer 100% liable.

In B.B. (with Burch also under review), the Supreme Court agreed with Ted’s argument and the Burch analysis, reversing the B.B. appellate court’s holding that an intentional tortfeasor gets reduced liability under comparative-fault principles. In addition to eliciting the winning analysis in Burch, Ted filed a compelling amicus curiae brief in B.B. on behalf of the Burch family.

After the appellate court reversed a plaintiff’s judgment based on asserted “hearsay” in a key witness’s product-identification testimony, counsel hired Ted’s firm to seek Supreme Court review. Ted co-wrote the successful Petition for Review and the winning Briefs on the Merits, obtaining a unanimous reversal holding that a percipient witness’s direct testimony about things seen or heard is not hearsay.

After the trial court reversed a plaintiff’s judgment, counsel hired Ted to obtain a reversal on appeal. Ted filed the winning brief and presented oral argument, leading the appellate court to reverse and reinstate the judgment. In the California Supreme Court, Ted wrote the winning brief and presented oral argument, persuading the Court to adopt a very limited, fact-based definition of a product manufacturer’s reliance on a “sophisticated intermediary,” a definition now codified in jury instruction CACI 1249.

In Henley and Whiteley, Ted was lead appellate counsel defending the first groundbreaking California judgments for injured smokers against the cigarette industry. Writing the winning briefs, Ted showed that the jury properly rejected the cigarette makers’ attempt to blame the smokers, distilling tens of thousands of pages of testimony and evidence into a cogent, compelling showing that the manufacturers deliberately hid the dangers of smoking cigarettes, targeted and ensnared teenagers before they could make adult decisions, and designed cigarettes to make and keep smokers addicted. In Henley, Ted also handled subsequent appellate proceedings affirming the availability, reasonableness, and constitutionality of the jury’s punitive-damages award.